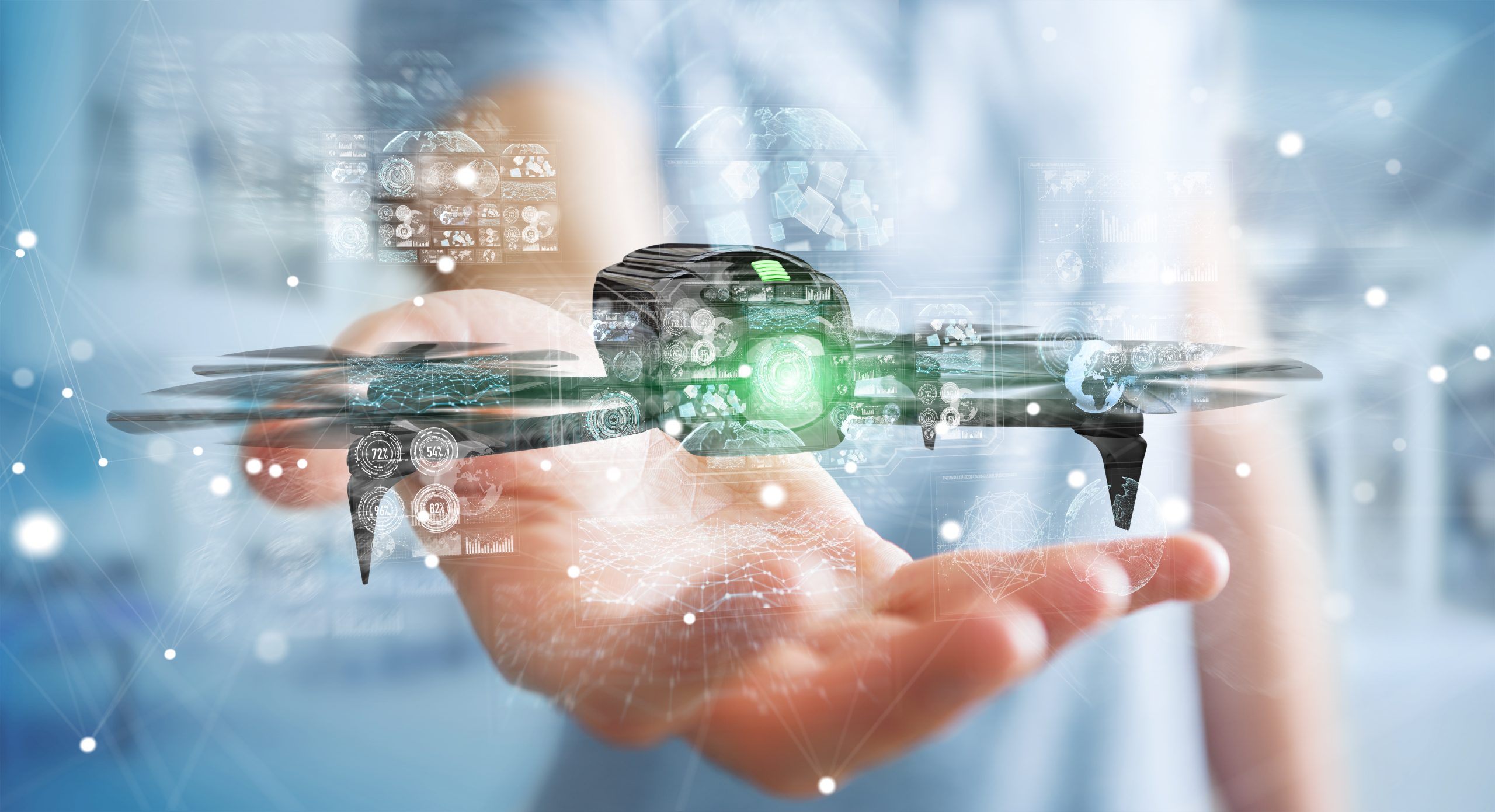 A revolutionized method of conducting business has made its way into several firms big and small, reaping whopping benefits in no-time and at low-cost. Key industries, such as Oil and Gas or Agriculture to name a few, are experiencing a dramatic multiplier effect on work-flow. The gathering speed, ease, and precision of information as we know it today will never be the same again. It is only a matter of time before people become aware of a drone’s full potential to project their current operations into a significantly upgraded version with minimal strain.

The automation of drones can fulfill several functions related to inspection, data collection, delivery, warehouse operations, entertainment, safety, farming, and other. The capability of pilot-less precision flights, mostly in spacious infrastructures like production facilities, conveyor belts, and inventory warehouses, has been well-established. The delivery of real-time insights to asset owners is now evolving into conversations around how to optimize the impact of the automated cloud-based data analytics.

All these commercial applications are rapidly being adopted by those who are becoming aware of this giant leap into automation, and technology companies are competing to pioneer as well as refine innovations in both products and processes taking Europe by storm. Switzerland has a very active startup ecosystem in almost all areas. Furthermore, “The Swiss drone industry ranks globally number one on market size per capita. The Swiss drone industry is expected to grow from CHF 521 million in 2021 to CHF 879 million in the next five years. Major growth drivers are exports of hardware and software products to the European and US markets”[1]. Some forecasts point to North America as potentially talking center stage in the scheme of adoption.

One of the many areas that have witnessed an extraordinary transformation is data capture. This has affected areas as varied as Electricity, Oil and Gas, or Mining. For instance, the construction businesses are implementing new ways of working, with engineers and surveyors experiencing fundamental changes in their day to day activities and overall business strategy. Conventionally, the way information was acquired involved low flying aircrafts or cranes equipped with different types of sensors. Drones ensure a much safer data collection process, enable the repetition of the exact same angle or trajectory for filmed progressions over time, which would be an impossible task for humans, and provide a much larger volume of information.

The combination of these inputs results in minimizing capital-intensive maintenance processes, revenue losses caused by missing inventories, and operational downtimes. “We offer a consistent data acquisition leveraging the potential of automated and safe drone operations. Furthermore, our indoor position system enables the deployment inside of spacious infrastructures such as water dams, tunnels, etc.” says Tinamu Labs. By flying at the same time every day, a drone can give automated reports and provide graphs as well as other facts, accessible from all over the world.

Monitoring developments has never been this versatile, enabling long-distance management of logistics including markers like temperature, which is vital in the food industry. Aurecon Group mentions that ‘the arrival of drones has provided engineers with an innovative and flexible platform which can hold several different types of sensors such as high-resolution cameras, video cameras, laser scanners, thermal cameras and electromagnetic energy (EME) sensors.’[2]. The use of Artificial Intelligence in data collection offers insights that were previously unattainable. A railway, bridge, or skyscraper inspection that was previously impossible for humans to perform in such depth and breadth can avoid a catastrophe, cut costs, enable the proper assessment of maintenance needs, and assist in meeting regulatory standards.

Drones are becoming a valuable industrial inspection tool capable of zooming in and out on areas of interest from anywhere in the world. Drone-based asset inspections integrated by some companies in the energy sector are improving efficiency, refining data quality, increasing safety, and expediting operations. This translates into a higher number of inspections, all the while maintaining ‘business as usual’, as opposed to current procedures that require shutting operations down and halting production, let alone mobilizing staff, modes of transportation, and equipment. These sensor holders and large-scale data collectors have demonstrated agility with little strive, even in the most inaccessible areas.

In addition to boosting ventures, field investigations conducted in this manner have significantly enhanced maintenance work. Supervisors and managers can now make informed and timely decisions with unprecedented exactitude. Through up-to-the-minute damage identification and status-quo appraisal from afar, a whole array of possibilities has opened up, such as human distancing from perilous places, data collection for accidents, meticulous aerial surveys, and comprehensive risk assessment.

The drones’ autonomy increases as they join forces with Edge and Cloud Computing for data analysis. This has made it possible to cut out the middle people previously needed to land a drone, then download the collected data to the Cloud, and factor downtime for information processing into work-flow. Edge computing can even be an integrative part of the drone itself. Drones can also come in a receptacle powered by an edge computer, the Autonomous Drone Station, that releases them according to a certain interval plan, and later recuperates them.

This translates into different applications depending on segments and their needs. “In the agricultural industry, these stations can automatically alert farmers of problems with crops in their fields. For security, a drone can deploy when an intruder is detected in a restricted area. Even indoors, a drone can work with an edge computer to help manage a warehouse’s inventory” says Nutanix, complementing that “In addition to speeding up insights from data collected in the sky, cloud computing may impact the hardware of drones too”[3]. In some cases, drones can spray chemicals on cultures.

Firms such as Amazon are diligently conducting test flights to be fully prepared for scaling. “We’re excited about this technology and one day using it to deliver packages to customers around the world in 30 minutes or less”[4] they explain. Forbes states that “Drone Delivery Is Live Today, And It’s 90% Cheaper Than Car-Based Services”[5] . Veritas is also talking about a zero-error warehouse ensuring the automation of inventory checks in depositories and distribution establishments, in place of the deployment of major labor force and investments.

Non-drone experts can now be on top of the game too, as certain technologies make it possible for the client and operator to be totally detached from the process. By triggering their action plan on a web dashboard from the desired location, they set into motion the independent inspection of the automated drone. With regulations steadily moving in the direction of licensing and creating a legitimate space for large-scale applications, the urban future of drones promises immense possibilities. 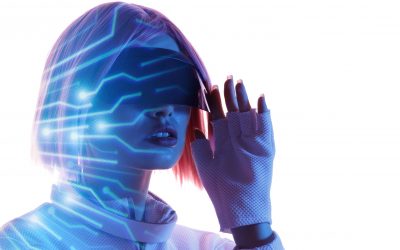 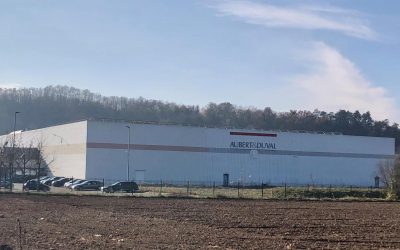 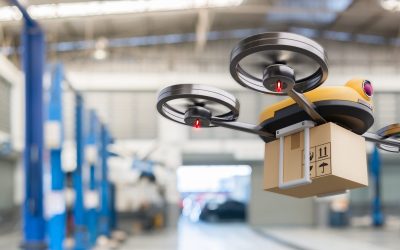 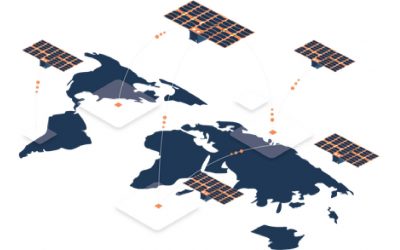 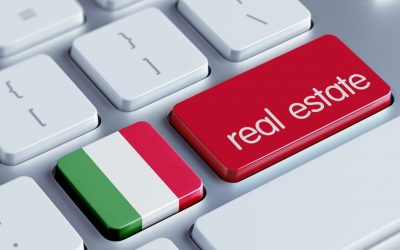 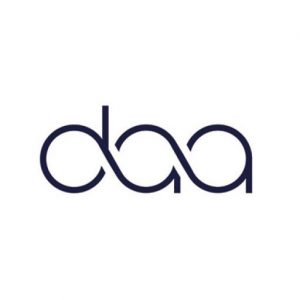